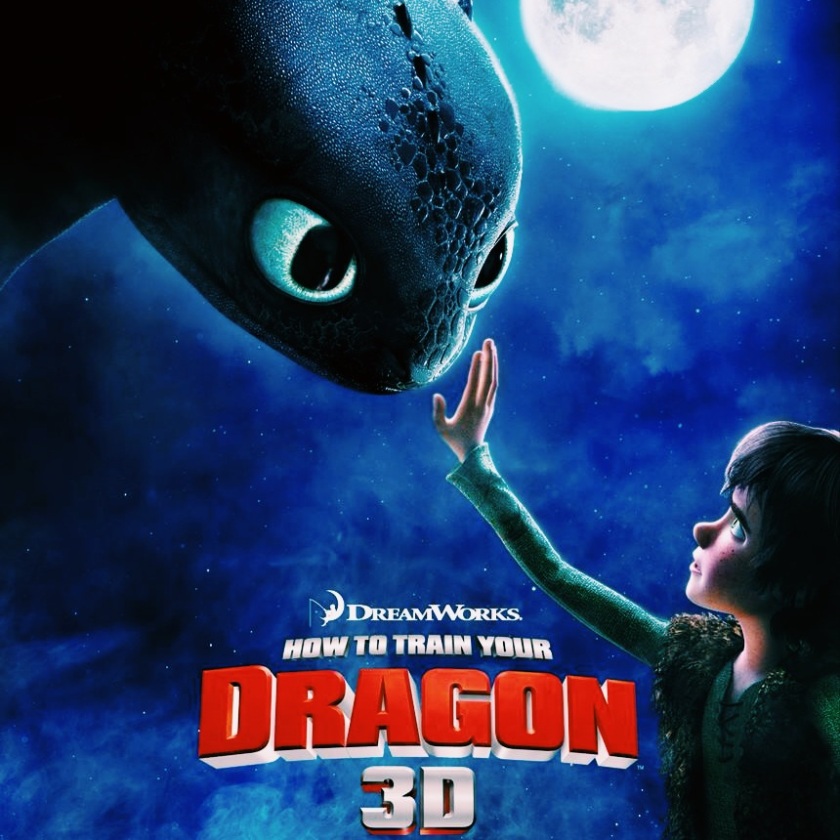 DreamWorks’s 2010 Original How to Train Your Dragon

Anticipation was high for the sequel as we had no idea what the story would be now. We caught a glimpse of the trailer shown during the Rio 2 screening but it gave nothing away! And neither will I! All you need to know that it is a journey of discovery with Hiccup now 5 years older. He must discover who he is in order to become the person he needs to be for his family and all of Berk.

In short the film was EPIC. It has to be labelled as a blockbuster! And I don’t use that term lightly. It was even more original, engaging, emotional and hilarious than the original and the animation was the best we have ever seen. The Alpha dragons were awesome. Watch out for the scene where the alpha rises from the sea, the animation is amazing. So detailed. The cloud surfing scene which was part of the aforementioned trailer was awesome too, where Hiccup first encounters the mysterious dragon rider and the dragons lair scene are all proud moments that will take your breath away.

There was a point in the movie when we were left wondering how it would end – in that we did not see it coming (its so hard not to give anything away!!!) We also loved the growth of Hiccup and the underlying message of peace and harmony between man and err… Dragon.

It had it all! I had no expectations but I – we – (ha haa! Typo!) were left thoroughly entertained and we had adjective diarrhea all the way home talking about it.